I’m keeping up the yearly tradition of sharing my favorite films of the year and so here is my list of favorite films for 2017. They are in no particular order, just in the order that I can remember them from the beginning of the year until the end of the year: 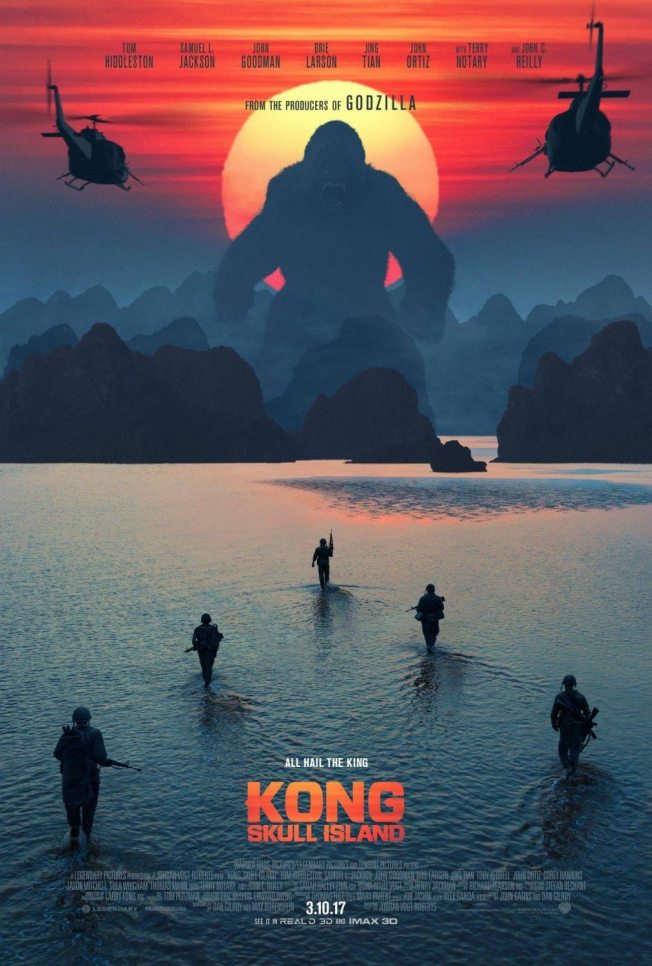 This film both reintroduced King Kong back to the big screen but also set up future films involving Godzilla and that line of monsters.  There was a tremendous cast with Tom Hiddleston, Brie Larson, Samuel L. Jackson, John C. Reilly & John Goodman and a great version of Kong.  I have high hopes for this franchise after 2014 Godzilla and now this one.

Guardians of the Galaxy: Vol. 2 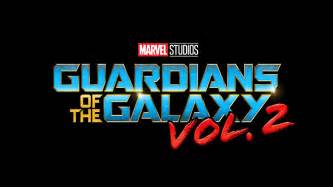 The sequel that did not disappoint.  I blogged earlier this year about this film and how much I thoroughly enjoyed it.  It advanced the story while at the same time developing the characters without losing the charm that made it special.  Another great Marvel film.

The third film in the Cars franchise (and in feel more a direct sequel to the first Cars film) Lightning McQueen has to deal not only with young upstarts but his own mortality as an athlete.  It has a lot of feels like the first film as well as tells a good story on its own. 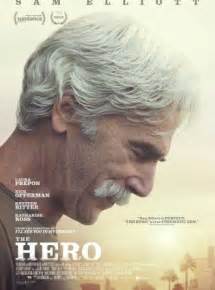 This is a film that stars Sam Elliott as an aging actor best known for a role decades earlier as “The Hero”.  It’s a film that deals with fame, mortality, loss, love and life.  I blogged earlier this year more in depth that goes into more detail. 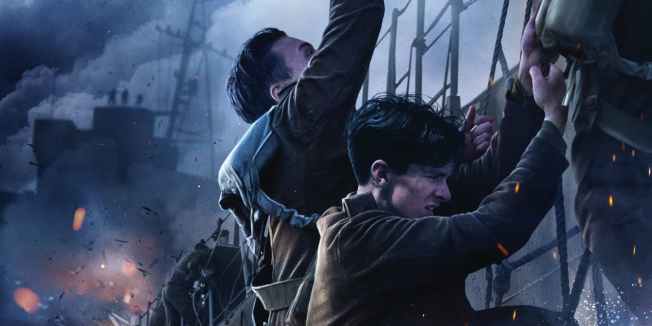 Set during the heart of World War II, Dunkirk tells the story of one of the biggest rescue missions in history.  The British army was trapped in the city of Dunkirk and it took 800 civilian ships to save the day.  Christopher Nolan directed the film and it covers the land see  and air aspects of this battle. 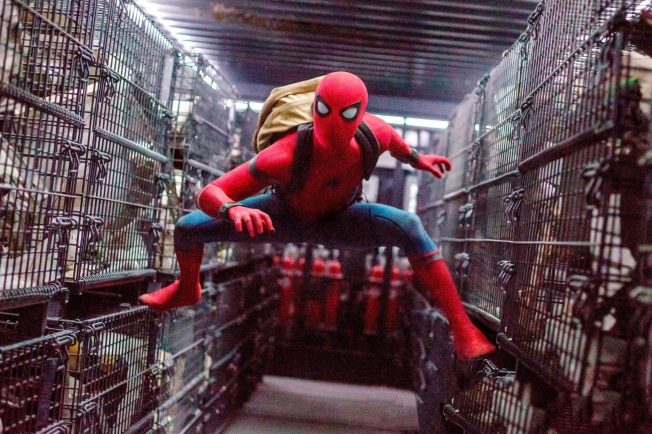 The first Spider-Man film in the MCU, Spider-Man: Homecoming was really well done.  Going back to Peter Parker in high school along with having it be the “Tony Stark Redemption film” was a good touch by Marvel Studios.

The sequel to the 1982 film, Blade Runner 2049 is one of the most visually stunning films I’ve seen.  Starring Ryan Gosling and Harrison Ford, the film is set 30 years past the first film.  Like the first film, it asks what does it mean to be human? 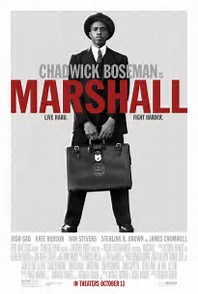 Based on the true story of Thurgood Marshall, Marshall looks into the life of the future Supreme Court judge when he was a trial lawyer and the case of a Connecticut man accused of rape and attempted murder.  Chadwick Boseman was at his best again and the rest of the cast including Josh Gad, Sterling K. Brown and Kate Hudson stood out as well.

A film based on the life of writer A.A. Milne and his family, Goodbye Christopher Robin is probably one of the most poignant and bittersweet films I’ve seen.  I grew up (and still do) love Winnie the Pooh and all the characters of the Hundred Acre Woods.  This film shows the ups and downs of the creation of those characters and the lives of the family around that.

Wonder is based on the book of the same name.  I will go on record and say it is one of my favorite films ever.  The story of the Pullman family is such a heartwarming film and the story it tells is so needed in this time. 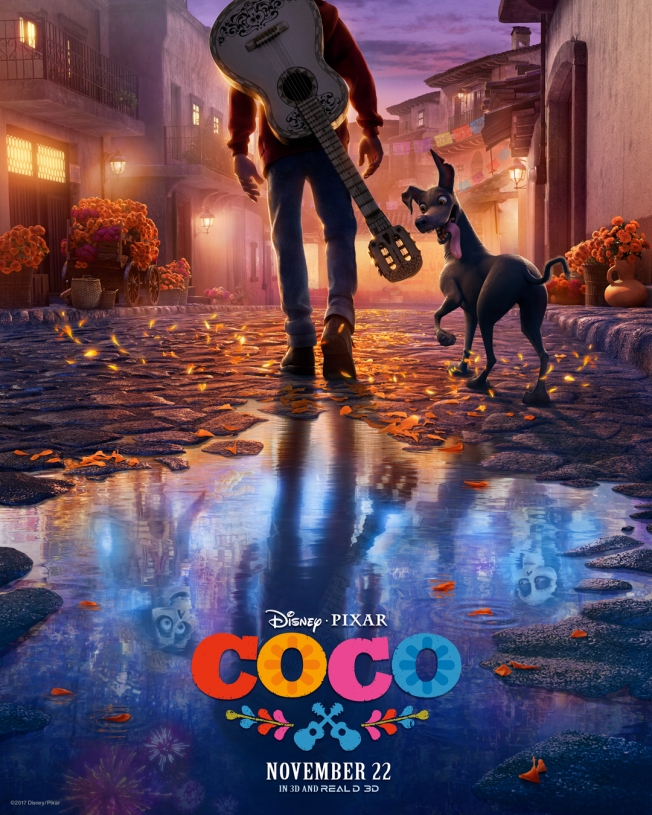 The second Pixar film released this year, Coco is a story about family and finding one’s place in the world.  It is centered around the holiday of the Day of the Dead.  It is such a lovely story and another example of the Pixar charm. 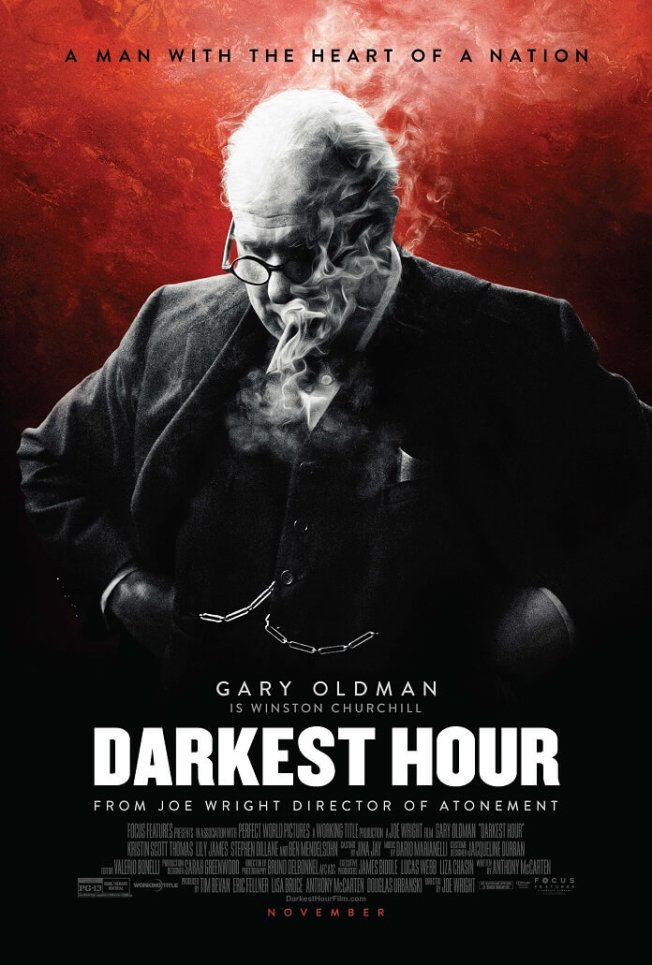 Darkest Hour looks into the right before and the first month of Sir Winston Churchill as prime minister of Great Britain.  Gary Oldman was spot on in the role of Churchill and the film as a whole was great storytelling.  It also fit in well with Dunkirk which also released this year since they both are set in this same timeframe.

There are few movies that I see a trailer (of a film I did not know about) and I immediately go “I have to see that film.” The Hero was one of those films.  I saw the trailer a few weeks ago and it captivated me.  So today I went and saw it.  And I’ll go on record saying it is one of the best films of 2017.

The film stars Sam Elliott, Laura Prepon, Nick Offerman, Krysten Ritter & Katharine Ross.  Elliott plays Lee Hayden, an actor best known for his starring role as “The Hero”, a western film released nearly 40 years ago.  These days he’s doing voice work for commercials and passing time by smoking weed with his former co-star in a short lived TV series Jeremy (played by Offerman).  During the course of the film, he deals with the estranged relationship he has with his daughter Lucy (played by Ritter), the burgeoning friendship/romantic relationship with a comedienne named Charlotte (played by Prepon) and the coming to terms with the diagnosis of cancer that hangs over him.

The film gives an honest portrayal of a man who is in the latter stages of his life reflecting back on it while at the same time looking ahead at what’s still in front of him.  Lee is someone who is defined by many people as “The Hero” and is recognized as such with a lifetime achievement.  But he is also someone who is broken, with a failed marriage and the loss of a relationship with his daughter.  And the journey that Lee goes through in the film (and we are along for the ride) is one that feels real and emotional.  Your heart breaks for him while at times feeling frustrated with him.  It’s a well rounded connection.

The director for this film also did I’ll See You in My Dreams (a film in which Sam Elliott also starred).  There were moments in this film that felt similar to that film.  I think the word that best describes this film is poignant.  It is a very poignant film.  It is also very compelling.  The acting in this film was very good.  The characters feel real and they have a lot of depth.  They make you go through a gamut of emotions with them.

As I walked out of the theater, I thought of two things.  One, it is important that there are films like The Hero because they aren’t “franchise” films but are at their root storytelling films.  Two, The Hero come award season should be recognized for the performances and work done by the director and actors/actresses.  If you get a chance (it is an independent film so it’s not showing everywhere) you should see this film.